A Message From Up Above

Colorado Springs, long known by some as the The Protestant Vatican, will be seeing some signs … not from god.

On Monday, billboards that say, “Don’t Believe in God You are not alone” will wind up peppering the state of Colorado, one in Colorado Springs,and ten in the Denver area. Inspired by the recent bus sign campaign in the UK, The Colorado Coalition of Reason is renting the billboards for four weeks. Meanwhile, the Freedom From Religion Foundation will be funding an even larger campaign to put up atheist billboards in 46 states.   Most of us drive by several Christian billboards on our way to and from work. It is nice to have at least a few of them that speak to us atheists, even if it is only for a short time.

No doubt, cries of persecution will be heard.

Link   On the right hand side of the web page there’s a poll. Should MN Atheists put up a billboard? Be sure to vote. 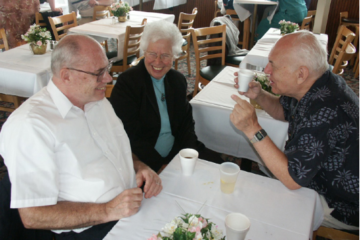