Why be even remotely concerned or interested in the debate over the inerrancy of the Bible? Because approximately forty million or more people in this country do believe the inerrancy of the Bible and about two hundred million more people believe the Bible to be the Word of God. Atheists may have written the Bible off as fiction, but others have not. Our continued interest in the debate over the Bible, Koran, and other religious books is about being informed by the most recent and accurate evidence on these issues.

Misquoting Jesus is a more recent effort to examine the text of the New Testament. In a more complex and scholarly work in, The Orthodox Corruption of Scripture (1993), Dr. Ehrman set down his argument about the New Testament text with more complete footnotes and comments. This gives a reader a choice in matters of complexity of materials.

Dr. Ehrman is a highly qualified New Testament scholar. He has studied with the very best scholars in the field of New Testament scholarship. The result has been an increasingly skeptical position on the authenticity of the text. In the seven chapters of his book, he examines issues of: 1) the question of the beginning of the Christian Scriptures; 2) the role of copyists in the transmission of scripture; 3) the various editions, manuscripts, and differences; 4) the origins of the texts; 5) the importance of the originals; 6) how theology determines test; and 7) how the social world influenced the text.

Judaism and Christianity are religions of the book. They depend on the literacy of its members. The need for a literate few is necessary to read and copy the texts. The written word should assure us of having a reliable text. However, the politics of theology may influence the copyists and the interpretation. The New Testament had its inception as an oral tradition. We have no personally written documents from Jesus. What we have are written copies from individuals who recorded what they heard while listening to the experiences of people who knew Jesus. A reliance on others to tell your story reduces the possible accuracy, and we must rely on still others to copy the original. Dr. Ehrman estimates over 400,000 problems in the 170,000 words that comprise the text of the New Testament.

A pagan, Celsus, writes of the Christian copyists: “Some believers, as though from a drinking bout, go so far as to oppose themselves and alter the original text of the gospel three or four or several times over, and they change its character to enable them to deny difficulties in face of criticism.” (p.52, Misquoting Jesus) Celsus clearly exposed a weakness of the early Christian writings. This was an acknowledgment of different renderings and copyists’ errors. In one example, the Johnnine Comma, a scribe inserts these words, “There are three that bear witness in heaven: the Father, the Word, and the Spirit, and these three are one…” (1 John 5:7-9). Without this verse you still can assume the Trinity, however, this states it simply. You are reminded that the Trinity was one of the concepts being discussed about the nature of God. Altering this verse helps to tip the scale.

The story of the adulteress (John 8:1-11) has been applied as a standard of forgiveness; however, it is now identified as not part of the Gospel. The above errors influence the creditability of inerrancy. It is difficult to argue that the Bible is the perfect Word of God. At best a person could argue that the humans who wrote the Bible were sincere.

However, the idolization of the Bible by some religious is unwarranted. The Bible as idol is a false idol. If they argued that the book has interesting historical myths and stories, it would not matter if there were errors. When a religion looks to a book that has numerous errors in it, we must conclude that both the book and the religion are wrong. For someone to argue that 400,000 errors are not important is to fail to accept the reality of an errant text. These contradictions and errors leave us with a document that has been used to manipulate and fool those who desire to believe and find certitude. 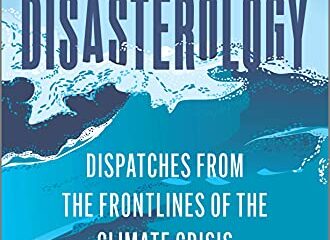 A Crisis of Faith: How Religion Ruined Our Global Pandemic By Kamrin Duncan Outbreak was published last year by Noah Lugeons, and as the title suggests, provides an argument that religion was the reason behind Read more…