The subtitle of this book is How an Evangelical Preacher Became One of America’s Leading Atheists, and thus Dan Barker gives his background from when he was born again to when he became a preacher at age 15. Dan had a ‘call to the ministry’ in 1964. In 1984 Dan sent a letter to 50 colleagues, friends, and family announcing that he was “somewhere between the agnostic and the atheist.” This bold and brave act defined his new life course.

Dan shows that this change was not because he had been insincere in his religious convictions, or that he lacked faith. He describes how he felt when he believed that he received the Holy Spirit, and was born again. His commitment was deep and devoted. In his religious career, he describes the call into the ministry and his faith in being a witness for god. The reward was not financial, but it was the deeply personal experience of bringing others to Christ. Once again, he speaks with authority about this experience.

As he relates in his book, there were people who were very skeptical of his loss of faith. Those he left behind in religion could only see this through their own dark prism using phrases like:

“You want to be different and stir up trouble.”

“You are an angry person.”

Dan’s journey away from faith is familiar. He was a person who asked questions, had a thirst for knowledge, and looked beyond religious materials. First, he confronted the issue of inerrancy. Liberal theologians, such as Tillich and Bultmann, caused him to think. Thus the questions raised weakened his faith but strengthened his intellectual curiosity. He said, “Faith and reason began a war within me.” It was reason that won the war, but one gets the impression that this was not easy or done without emotional pain or loss.

Part two of Barker’s book is a compendium of reasons for this loss of faith and his endorsement of reason. It is personal, but many readers will identify with the questions he raises and the answers he found. Whether he is refuting the proofs of god’s existence or clashing with the most recent propositions for proving god’s existence, Dan relates it as a personal experience that could and does happen to many atheists.

Part three is a handbook for debating Christians. Barker argues the issue of morality as it is portrayed in the bible. What is the test for a god who is claimed to be the source of morality for billions? We have all probably read the story of Sodom where Abraham raises the question, “Shall not the Judge of all the earth do right?” (Gen. 18:25) God did the right thing in that situation, if you believe the slaughter of hundreds of children and babies count among the unrighteous.

The fact is that the bible teaches us from authority, not from reason. It nowhere states that ‘every human being possesses an inherent right to be treated with respect’. It presents religion’s role models, especially Yahweh, Elohim, and Jesus, who often ignore their own teachings and are ruthless. As the Proverb says, “The fear of the Lord is the beginning of wisdom.” (Prov. 1:7) Time and again fear is the motivation behind obedience to the law and not understanding. Dan examines the recording of the Ten Commandments (Ex. 20: 7-17, Ex. 34: 11-26, Deut. 4:13), the result is we should be asking how one could believe these contradictions.

Part three continues by listing contradictions and discrepancies in the bible. The question is – how many do you think qualifies the bible for rejection as being the word of god – not even the inerrant word of god? The errors he lists in the recording of numbers could happen over time, but the contradictions on teachings and beliefs are numerous and far less excusable.

The two chapters on the existence of Jesus should have you packing your bags to leave on the free thought train. The historical challenges to the real Jesus have been examined in greater detail, but Dan gives an overview of the material that pointedly argues the case against a real Jesus.

Part four summaries his continued pursuit of atheism, and the issues it raises in our nation. Dan and the Freedom From Religion Foundation have challenged the relationship between church and state. The concluding chapters return to a more personal statement. Dan’s message is clear and helpful to those seeking reason over faith. 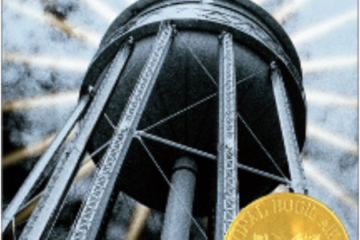