I’d like to begin where our previous president, Jeannette Watland, left off last month, by highlighting three more women who have made extraordinary contributions to Minnesota Atheists. I join Jeannette in encouraging more women to step forward as atheist leaders.

The first woman I’d like to mention is Marilyn Nienkerk. In 1982, with her husband, Bob, she co-founded the Friends Free of Theism, an atheist social group that existed for about ten years. Their interest in promoting atheist social events continues to this day, as they sponsor two dinners a month at Davanni’s and a lunch at Old Country Buffet. Long before there was Meetup.com there were Marilyn and Bob Nienkerk.

There are few people who have worked as long and hard for Minnesota Atheists as Shirley Moll has. In 1984, she co-founded the Twin Cities Chapter of American Atheists and, as secretary for the next seven years, helped to maintain our mailing list and print and mail the newsletter. She received the American Atheists national 1985 Chapter Worker of the Year Award.

When we became Minnesota Atheists in 1991, Shirley continued helping to maintain our mailing list and mail the newsletter and also catalogued our extensive library. She has also acted as secretary, treasurer, and as a part of the cable TV crew. For 25 years now, if there was a booth to staff, a parade to march in, or a major Minnesota Atheists event that needed volunteers, Shirley was – and is – always there to lend a hand.

In 2002, Minnesota Atheists made a conscious decision to turn from ridiculing, negative atheism to positive, friendly atheism. There was no one more important in leading this change than Sue O’Donnell. As editor of our newsletter for three years, Sue not only changed the tone of our organization but introduced professional standards of journalism. Sue also served as Chair of Minnesota Atheists and for many years was a leading organizer of the Freethought Follies.

These women have set high standards for all of us and we are grateful for the contributions they have made.

As a new Minnesota Atheists board takes office, I’d like to thank all those who served on the board last year: Bjorn Watland, Jeannette Watland, Grant Steves, Jack Caravela, George Kane, Andy Flamm, Mike Haubrich, Cathy Prody, Crystal Dervetski, and Vic Tanner. As our webmaster, Bjorn took us a quantum leap forward on the internet and in social networking. This was best exemplified by a picnic last summer at Como Park that drew well over 100 people.

Our new board consists of a mix of veteran members, George Kane, Steve Petersen, and me, and newcomers Laura Hutt, Rick Rohrer, Brian Knoblock, Mike Haubrich, Karen Burke, and Cody Peterson (who will also be our new webmaster) – though several members of this latter group have been part of our freethought community for awhile.

I’d also like to thank our newsletter editor, James Zimmerman, and our chief photographer, Richard Trombley, for their continued excellent work.

On March 6, the new Minnesota Atheists board and other leaders will be meeting for an Atheist Advance (we do not “retreat”) to discuss goals and strategies for the coming year. We will be strengthening our committee structure to make it easier for people to volunteer.  Stay tuned for your opportunity to help us grow! 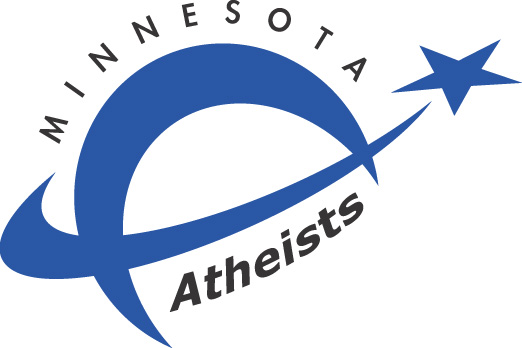 President’s Column: Iconic Resolution By Alyssa Ehni Happy New Year to my fellow heathens! I hope the holiday season treated you well and that you had a very merry whatever it is that you and Read more… 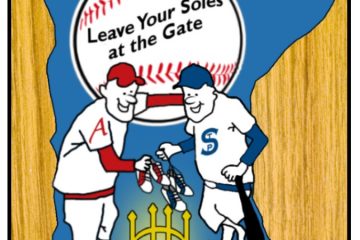 Atheism and Religion at the Ol’ Ballgame

By Eric Jayne The Minnesota Twins will be holding their first ever “Faith Night” at Target Field on Aug. 29. That’s exactly three weeks after the minor league St. Paul Saints hold “Atheist Night” at Read more… 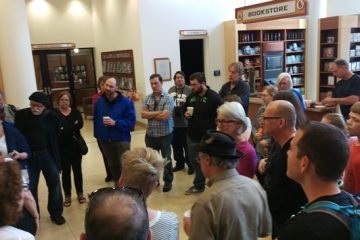 By Eric Jayne A group from Minnesota Atheists visited the Church of Scientology this past Memorial Day weekend. It was the second time we toured their building after first visiting shortly after it opened in Read more…