Book Review: The Knowledge of Good and Evil

Kleier’s latest novel takes readers on a globetrotting hunt for answers to life’s toughest questions. A lapsed Christian and his skeptical fiancé are trying to uncover the knowledge of good and evil by searching for clues in classic works of art and architecture all while eluding assassination attempts from a secret Catholic order. Clipped, noir-ish sentences and short chapters, meanwhile, move the narrative along at an appropriately hurried pace. If you think this sounds akin to Dan Brown’s Robert Langdon Trilogy, you’re not alone; a quick look at online reviews shows that most readers, whether they enjoyed Kleier’s novel or not, also find the similarities striking.

But while Brown’s protagonist travels the world seeking clues for murders and kidnappings, Kleier’s story goes further – much further. The knowledge of good and evil, in this case, is that spoken of at Genesis 2:17, one of the verses quoted in entirety prior to the prologue.

Ominously, Kleier dedicates his book to “all who confront dark nights of the soul” (page 5), and Ian – the main protagonist – certainly leads the way in confronting the ultimate dark night, as he dies no less than four times in the course of the story. Ian’s deaths are premeditated and carefully controlled; he is attempting to learn what happens after we die without having to pay the ultimate price.

The book begins with a note explaining that there were to be a number of photos, paintings, and illustrations, but that this idea was nixed in favor of placing all the images on the book’s website. Throughout the book – though mainly between pages 100 and 250 – readers come across superscript numbers corresponding to images on the website. The publishers recommend not viewing “the images prematurely” (9). This is frustrating for a number of reasons; primarily that readers are not likely to be within arm’s distance of a computer while reading all 416 pages. Also, since the webpage contains small icons of each image, it’s nearly impossible to not view the images prematurely. Don’t worry, though, it’s perfectly okay if you never visit the website; the images, though they enhance the narrative, are not critical to the story.

Religion is on display here with all its shadowy secrets and illogical claims. Early in the story, for example, we learn that Ian believes his worst sin was asking a man on death row to appear to him after death as proof of the afterlife (54). Soon after, while looking across a hilly landscape, Ian asks, “Why does a God who creates the majesty of nature allow it to be destroyed by a tornado? Why create the miracle of human life, then allow it to be cruelly snuffed out?” His priest responds with typical stupidity: “These are unanswerable questions, best left unasked” (55). Pressing harder than most parishioners dare, Ian snaps back that such an answer makes no sense: why would God give humans the ability to think critically but then refuse to allow us to even ask our most pressing questions?

Ian’s fiancée, Angela, meanwhile, is a lousy non-believer. Along with Ian, she is co-host of a television show that debunks supernatural claims. But when Ian points out that they’ve escaped assassination attempts four times, arguing “you have to admit, at some point we cross the line from luck to miracle, right?” Angela pauses, realizing she has no criteria for miracles. (245). Later, Angela reflects on recent events: If the ultimate reality they seek is “truly able to end hatred and strife around the world, it was priceless.” Angela finds herself “Wanting to Believe” (297, capitalization Kleier’s).

After dozens of brief chapters, it comes as no surprise that Ian finally succeeds in tapping into the secrets of Christianity’s heaven and hell. But don’t be put off by this validation of Catholicism: Kleier’s descriptions are thrilling, edge-of-your seat tales, and he paints the afterlife in all the morbid, monotonous, monstrous ways the Bible and church doctrine suggest. After passing through limbo – where Ian meets up with a former serial murderer – he descends to hell searching for his parents who, we are told, have been consigned to the pits of Hades for having given their lives to save their son (that’s right – sacrificing your life, even if it’s to save the life of your child, is portrayed as the worst possible offense against the sacredness of life).

While entering hell, Ian encounters a former professor of literature, who confesses his sin was that he viewed the bible merely as another piece of literature. He also meets up with a man, condemned for his doubts, who complains, “St. Thomas himself had doubts! An apostle who Knew Christ personally.

…And here we are, two thousand years removed, nothing to go on but a book of ambiguous, secondhand Scripture?” (330). Ian responds that it was a test of faith, and the professor argues, “which faith? Ten thousand religions in the world, each claiming to be right!” (330). Kleier’s work of fiction thus performs a fascinating feat: it does not assert that religious dogma is false, merely that, if it is true, then we have much, much more to fear when we die than if we believe in nothing at all…

A Crisis of Faith: How Religion Ruined Our Global Pandemic By Kamrin Duncan Outbreak was published last year by Noah Lugeons, and as the title suggests, provides an argument that religion was the reason behind Read more… 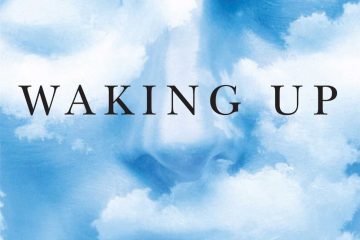